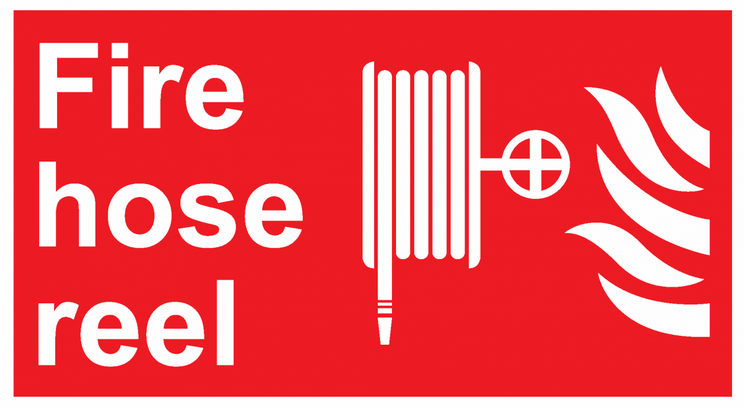 Fire Hose Reels need to be tested every 6 months and certified every 12 months. They are tested in accordance with AS1851. Fire Hose Reels should not be used for any other jobs other than fighting fires. Sydney Extinguishers is always seeing the use of fire hose reels for washing cars and down driveways. By using fire hose reels incorrectly this makes them age faster and need replacing sooner which costs you the tenant or strata company money. To replace a faulty, leaking fire hose reel you are looking at around $600 + GST. Fire Hose reels if maintained and looked after can last up to 10 years before needing replacement.

When fire hose reels are tested 6 monthly we are checking for presence of water and to ensure that it has the correct flow rate of 0.33 Litres per second (OR 1 litre in 3 seconds). This test is done into a bucket or garbage bin. When you turn the fire hose reel on the water should spray approximately 4 meters from the point of use. So you have 36m of hose and 4m of spray making 40m of coverage.

On a yearly test all of the above is carried out + the fire hose reels is wound out to ensure that the hose is in working order, no leaks or kinks and then safely wound back in again locking the nozzle into the interlock.

Fire Hose reels need replacing when they leak, don’t spin correctly, no interlock, have corrosion or the hoses have been cut or shortened.

Certifying fire hose reels we ensure that all of the above passes and that they installed in the correct locations and that they have nothing blocking the fire hose reel from being used. E.g. Furniture, bikes, cars etc. Clearance  around fire hose reels should be at least 1m at all times. The fire hose reels should be able to operate with out any interference. Fire Hose Reels should NOT be used on electrical type fires as you will get electrocuted!! Fire Hose Reels are a great place to create a FIRE POINT – A Fire POINT is somewhere in the building where all your fire equipment can be located. E.g. Fire Extinguishers (c02 and ABE) for electrical type fires and fire blankets.