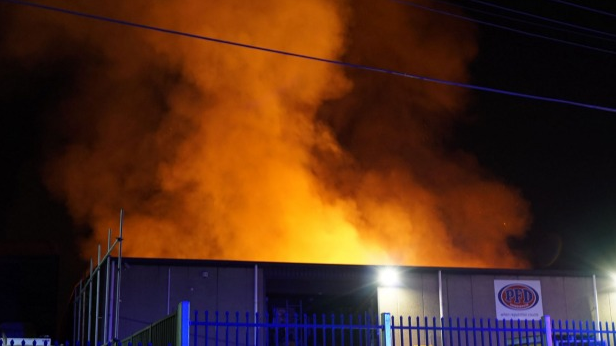 Emergency crews received a number of triple zero calls at 9:45pm on Monday reporting that a furniture warehouse in Rich Street near Victoria Road was well alight.

NSW Fire and Rescue said it was a “large scale fire” and that numerous crews were on sight late on Monday night and trying to bring it under control.

Several hours later they confirmed the furniture factory had been completely destroyed.

No one was reported injured, though several people had to be evacuated from a neighbouring factory

The fire was within a warehouse that sells custom-made wooden furniture near the Factory Theatre.