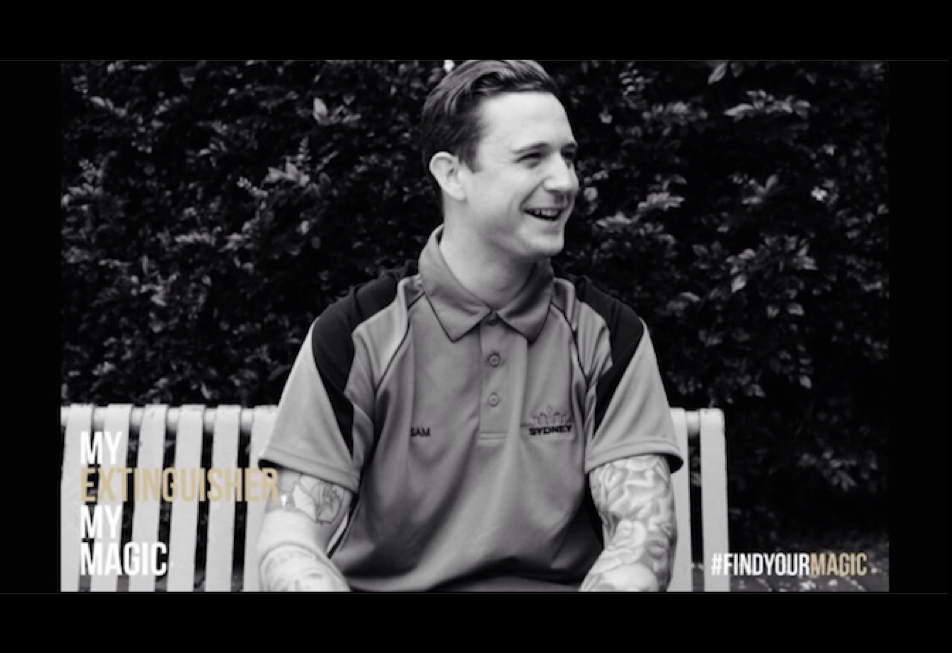 Meet Sam Bradley! Sydney Extinguishers newest Kid to hit the block! Sam’s Part Sparky, Part Fire Technician, Part Machine. He loves to replace faulty electrical equipment! If your in Sydney & have a failed smoke alarm, emergency OR exit light he can replace it!

When Sam’s not clinging to a ladder replacing emergency & exit lights his either at the Gym or cruising the streets of his new found home Surry Hills, Sydney with his English girlfriend he met while picking orange’s in Mildura late last year for his 12 month working Visa. Sam cannot get enough of Sydney, NSW, Australia! He loves it!

Sam’s background in England was electrical but since moving to Australia late last year to be closer to his Australian family he has taken a passion towards the fire industry in Sydney.

Sam’s desire to learn about testing & maintaining fire extinguishers, fire blankets, hose reel, fire doors, hydrants impressed his brother in law Adrian Bartlett enough to lay down the cash and sponsor him on a 457 Visa!

Adrian Bartlett “We have been looking to add an extra staff member with an electrical background. Sam’s knowledge of smoke alarms, detectors, emergency & exit lights – testing and replacement made him the perfect candidate” Also Adrian married Sam’s, Sister Nicola Bartlett (Accounts) so he felt kind of obliged to give the kid a run… hahaha just kidding Sam’s O.k.

Already after 3 months of employment Sydney Extinguishers would be lost without Sam and we are glad to have him on board for the long haul! Keep up the great work Mr Bradley! By the way – Sam’s parents now hate Adrian for stealing both their daughter and Son away from London, England….

Don’t be fooled by all the tough stickers he wears on his sleeves, his really a nice guy! To get in touch with Sam about either some fire equipment testing or electrical repairs including smoke alarms, emergency & exit lights replacements please see the details below;